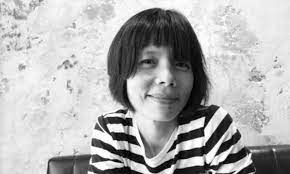 Back to Authors
Bei Lynn
林⼩杯

Bei Lynn enjoys exploring the creative realm with images and words. Her picture books present a delightful fusion of fantasy and reality. She relishes in uncovering the magic hidden amongst ordinary things, such as the blossoming of a flower or a hatchling breaking out of an egg.
Among Bei Lynn’s most notable publications are To Be A Fish, FeiFei and Curly, and Kata Kata Kata. 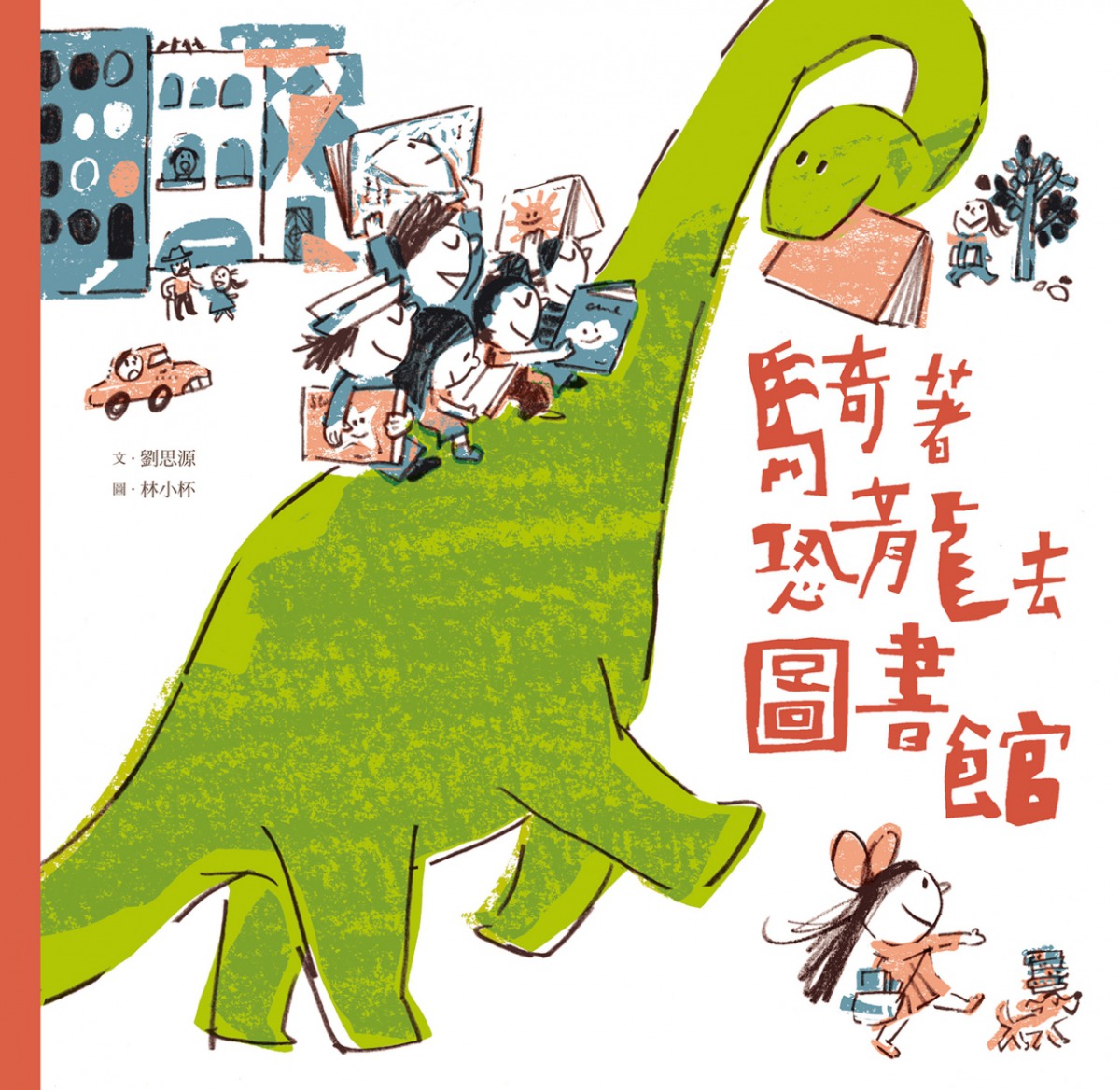 GOING TO THE LIBRARY BY DINOSAUR
Julia Liu (劉思源)Bei Lynn (林⼩杯)
Rights sold: World English, French, Simplified Chinese, Korean, Thai, Russian "A heart-warming, humorous read. Readers will instantly fall in love with this likeable (slightly goofy) brontosaurus - the juxtaposition of him and the quiet setting of the library is ridiculously delightful "-- The Children's Book Council of Australia   Leilong is a helpful Dinosaur. When Mimi, Coco, and Feifei want to catch up the story time in the library in town, he takes them to the library. But he is a playful and large dinosaur, too. He is pulled off by the policeman because he can’t help but join the car race. When they finally arrives, he find himself is too big to enter the library and he doesn’t have an id card! While poor Leilong waiting outside, he hears the sound at the top floor of the building and realizes that Mimi, Coco, Feifei and other kids are there to listen to the story! The storyteller agrees to allow Leilong joins but the only condition is that he should behave quiet. However, when the story comes to the climax, he can’t resist to yell out loud! His movement alerts the chief librarian who then asks him to leave. All the children are disappointed and leave sadly together with Leilong. Storyteller tells the librarian that Leilong staying there is only because he loves the stories. After the chief librarian knows the truth, he immediately call back Leilong. This time, he is offered a new assignment: being the library bus! Although Leilong cannot go in the library, he can bring the books outside and share the books with more people! 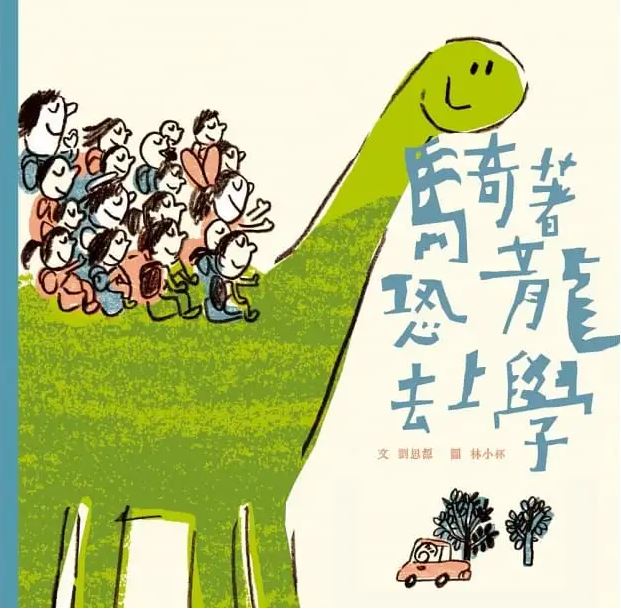 RIDING A BRONTOSAURUS TO SCHOOL
Julia Liu (劉思源)Bei Lynn (林⼩杯)
Rights sold: World English, French, Simplified Chinese, Spanish, Korean(expired), Thai "This is an original and life-affirming story that that will delight and appeal to all ages of primary children but especially early years and those just starting school."--Just Imagine's review Leilong is a very large, very special green dinosaur—and he makes the perfect city schools. Or does he? He causes traffic jams, get tangled in telephone line, knocks down traffic lights, and creates potholes with his big stomping feet. If the principal fires Leilong from schoolbus duty, how will the thirty-ton Dino find a new job? Bei Lynn’s wonderful, sketchy watercolor and pencil illustrations recall old classics, as does the pleasantly preposterous story of a dinosaur who just wants to be helpful. 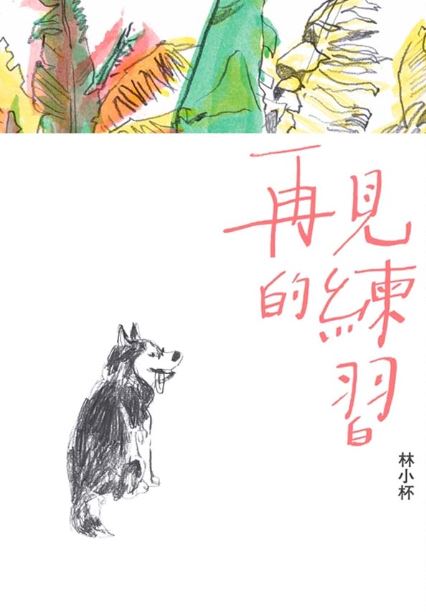 A Practice of Saying Goodbye
Bei Lynn (林⼩杯)
A story of proper farewell, adapted from the author’s true experiences with her dog Bibi.   What would you do if you have a second chance to say goodbye?     Bibi went lost on a windy afternoon. After two years missing, he suddenly came back. From the lost of Bibi till the reunion, the girl experienced the life without Bibi and the sadness of the sudden disappearance. Just when the girl cherished the new life with Bibi again, she realized that it is the time of true separation. During the time Bibi wandering on the streets, the girl already knew that life shall move on without Bibi. A practice assigned by beloved Bibi. And now, it’s the time to say goodbye.   Painted with pencil and composed by 6 chapters, Bei Lynn added the colors on the black and white images along with the story to show the girl’s emotional changes. Different papers and binding were used in the second chapter to present the color, touches and strengthened the different perspectives of the story. The author kept the pencil strokes and many kinds of traces during the creation to convey the idea that “disappearance is also a kind of existence”.   It hurts to face the lost suddenly without saying goodbye. But if you are so lucky as the girl, what will you say to the one you loved?
Back To Top