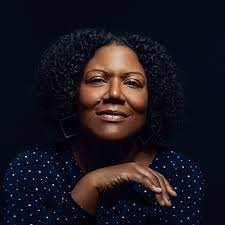 “Epic…. I was just enraptured by the lineage and the story of this modern African-American family…. A combination of historical and modern story—I’ve never read anything quite like it. It just consumed me.”-- Oprah Winfrey, Oprah Book Club Pick

“Whatever must be said to get you to heft this daunting debut novel by Honorée Fanonne Jeffers, I’ll say, because The Love Songs of W.E.B. Du Bois is the kind of book that comes around only once a decade. Yes, at roughly 800 pages, it is, indeed, a mountain to climb, but the journey is engrossing, and the view from the summit will transform your understanding of America. . . . With the depth of its intelligence and the breadth of its vision, The Love Songs of W.E.B. Du Bois is simply magnificent.” -- Ron Charles, Washington Post

“Triumphant. . . . Quite simply the best book that I have read in a very, very long time. . . . An epic tale of adventure that brings to mind characters you never forget: Meg Murry in A Wrinkle in Time, Scout in To Kill a Mockingbird, Huckleberry Finn. . . . The historical archives of Black Americans are too often filled with broad outlines of what happened. . . . One of the many triumphs of Love Songs is how Jeffers transforms this large history into a story that feels specific and cinematic in the telling. . . . Just as Toni Morrison did in Beloved, Jeffers uses fiction to fill in the gaping blanks of those who have been rendered nameless and therefore storyless. . . . A sweeping, masterly debut.” -- Veronica Chambers, New York Times Book Review

“The Love Songs of W.E.B. Du Bois is epic in its scope. [It] traces the story of a family, the town in Georgia where they come from, and their migration outward over generations. The word epic is overused these days, but this book was meant to be an epic and it is. . . . This is one of the most American books I have ever read. It’s a book about the United States. It’s a book about the legacy of slavery in this country. . . . And it’s also a book about traumas and loves that sustain over generations.” -- Noel King, NPR

“This sweeping, brilliant and beautiful narrative is at once a love song to Black girlhood, family, history, joy, pain . . . and so much more. In Jeffers's deft hands, the story of race and love in America becomes the great American novel.” -- Jacqueline Woodson, author of Red at the Bone and Another Brooklyn

“A sweeping matriarchal epic that leads readers through a majestic tour of race, family, and love in America, this striking debut novel by an award-winning poet is, indeed, the Great American Novel at its finest.” -- Joshunda Sanders, Boston Globe’s Best Books of the Year

“With The Love Songs of W.E.B. Du Bois, Jeffers has created an opus, an indelible entry to the canon of contemporary American literature and one of the foundational fictional texts of Black literature worthy of sitting alongside Ralph Ellison’s Invisible Man, Toni Morrison’s The Bluest Eye and Jesmyn Ward’s Sing, Unburied, Sing.” -- Latria Graham, Atlanta Journal-Constitution

“Stupendously good. . . . Jeffers’ renditions of Black family traditions and the burden of respectability politics are spot-on, and made me wish the book was even longer.” -- Karen Grigsby Bates, NPR Best Books of the Year

ONE OF BARACK OBAMA'S FAVORITE BOOKS OF 2021

The 2020 NAACP Image Award-winning poet makes her fiction debut with this National Book Award-longlisted, magisterial epic—an intimate yet sweeping novel with all the luminescence and force of Homegoing; Sing, Unburied, Sing; and The Water Dancer—that chronicles the journey of one American family, from the centuries of the colonial slave trade through the Civil War to our own tumultuous era.