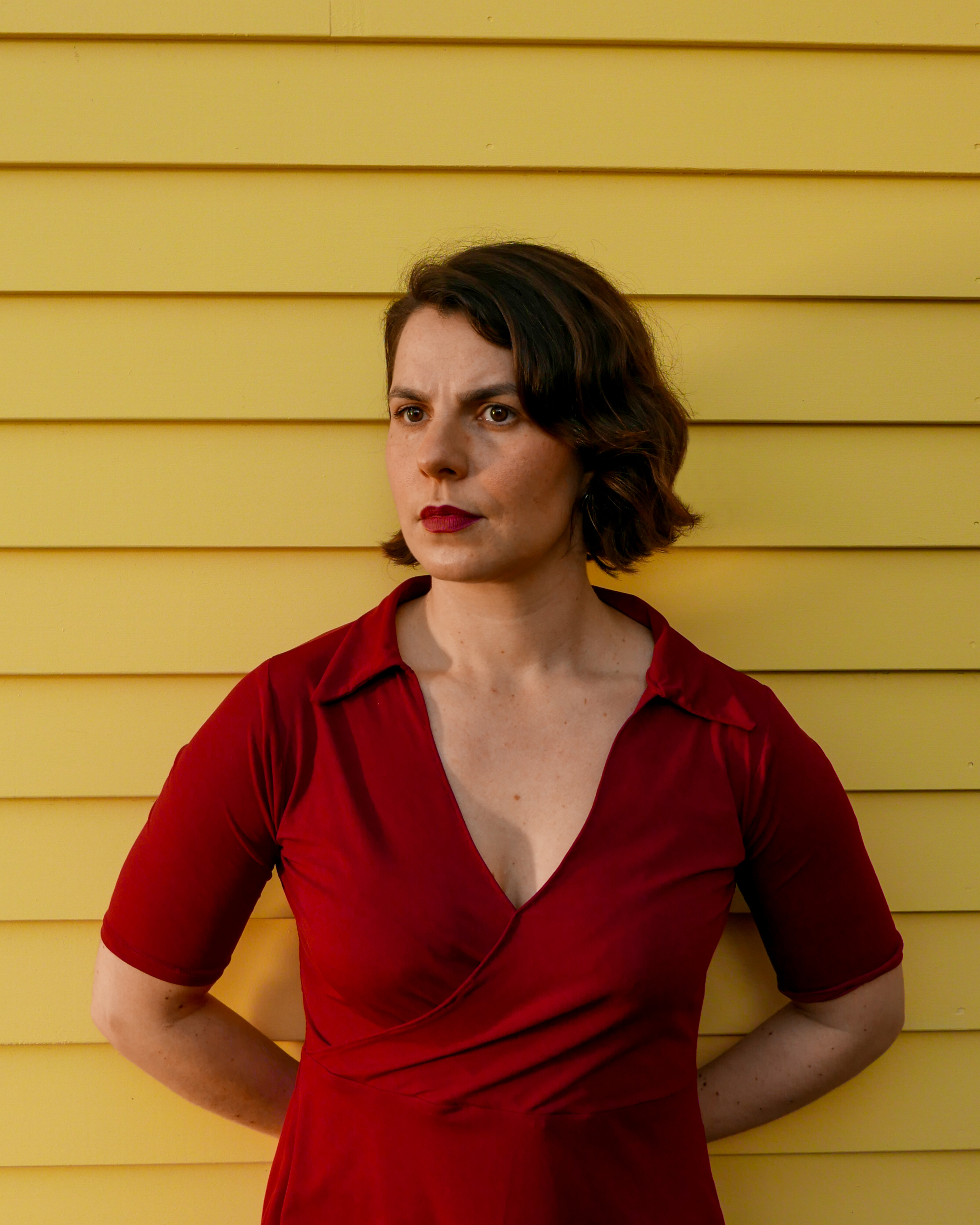 “Freeman hammers her paragraphs down into perfected, indivisible units… A poignant evocation of a woman adrift in the wake of tragedy.” — The Guardian

“Tides is concerned with what is intentionally hidden, flickering or muddied, waiting to be excavated . . . As the story unfolds in short sections sometimes only a sentence long (calling to mind Jenny Offill’s 'Dept. of Speculation' and 'Weather') what’s most hypnotic is what’s revealed beneath the waves of language: the impossibility of leaving one’s past behind . . . Just as the tides are something we can count on, our life events are imprinted inside of us, fossilized and imperfect shells swirling with their own kind of broken beauty.”—Boston Globe

“A beautiful portrait of a woman unmoored—and the connections that bring her back.” Literary Hub

“Prepare to get deeply involved in this stunning debut novel about grief and loss….) As Tides’ heroine begins to come out of her shell—thanks in part to a new friend’s kindness—the story shifts from an unforgettable portrait of bereavement and emptiness to one of human connection and hope.” — Apple Books, Best Books of January

“The beauty of Freeman’s prose lies as much in this unexpected cadence as in the contrast between beauty and harshness tucked into every page… In its poetic unfolding, Tides reveals itself to be a stunning and revelatory tale of the dissolution of one woman’s life, her unexpected ties to the sea, and the many ways present selves are tied to their pasts … In this stunning debut novel, a woman’s life unravels, builds and unravels again across a series of sparse and staggering vignettes.” –Kerry McHugh, Shelf Awareness

“Tides is a brief novel, told in intense, concentrated scenes, some no longer than a sentence . . . The brittle shards of story conceal great emotion; if Mara let down her guard, you think, the pain would drown her . . . touching but not depressing, bleak but also beautiful.” — Minneapolis Star Tribune

“TIDES is a slim novel, but its structure encourages slow and reflective reading….[S]trangely hopeful and beautiful.” — Bookreporter

“Mercurial…. Freeman’s prose is taut and illuminating, a style that manages to be both detached and emotionally devastating… A powerful intelligence underpins this work, which concerns itself with familiar subjects of loss, legacy and love. So accomplished is Freeman’s interrogation of these matters that it is hard to believe it is her first book… [a] beautifully observed, elegantly written debut… Bleak but beautiful, a life understood instead of under siege.” — The Irish Times

“As well as being beautifully atmospheric, Tides is an intriguing exploration of the effect of sheer propinquity on romance.” — Financial Times

“Taut and affecting, Tides proceeds in fragments… The reader proceeds as if scanning a littered foreshore in the wake of high tide, uncertain as to whether the next object will be alluring, lurid, or both… the overall effect is quietly seductive. We are drawn frictionlessly into Mara’s psyche, and then made to stay there.” — Times Literary Supplement (UK)

“Tides’ fragmented chapters gleam like pearls strung on a powerful narrative of grief and survival, some only a line or so long, a page given to each... This is a beautifully crafted story of a women learning to live again.” — Fanny Blake, Daily Mail

“Done with plausibility and complexity… Not the least interesting element is Freeman's use of repetition compulsion as a device; that is, a traumatised person's need to obsessively reenact a defining event. I last saw itused as effectively as this in Tom McCarthy's 2005 novel Remainder.” — The Critic

“Charismatic… With an intricate narrative and in deceptively simple language, Freeman captures the full extent of loss. Complicated and enchanting, this prismatic examination of emotional endurance is a winner” —Publishers Weekly, starred review

“[B]eautiful and translucent. Mirroring the ebb and flow of water, short paragraphs leave lots of empty spaces on the page, enhancing the emotional gut punches latent in the text, while moments of heightened action run uninterrupted.”—Booklist, starred review

“Freeman’s novel reads like a shattered mirror gradually being pieced together, though the reflection, as in real life, never comes perfectly clear. . . . What is left is a portrait of a woman’s psyche pared to the core, to unsettling effect. . . . An intense and lyrical debut.” —Kirkus

“TIDES by Sara Freeman is irresistible. A quiet tale of a woman adrift, who is fleeing her past and trying to lose herself in a small seaside town. I read it in an afternoon but I’ll be thinking about it for a long time.” — Douglas Stuart

“Brilliant, elegant, and unsparing. Tides is a lyrical meditation on selfhood: Sara Freeman illuminates, with a poet's eye, the shifting interior landscape of a woman adrift.” —Emma Cline

“Sara Freeman is such a gifted writer, and she maps with great beauty and precision the territory of loss. This novel is lovely, dark, troubling, and deep.” —Alix Ohlin

“I read Tides in two voracious sittings, thrilled by the push-pull of Sara Freeman's prose: the tightly-controlled surface lyricism barely containing the violent upheaval beneath. Freeman inhabits the mind of her nearly-unhinged narrator so fully that the reader comes to understand — and even identify with — the sometimes twisted logic of grief and unmet longing. Who are we, as women, apart from the ones we love, or try to love? A beautiful, painfully prescient debut from a wildly talented new writer.” —Jamie Quatro

“Body and soul, heart and mind, spirit and ground: in this astonishingly moving, taut debut, Sara Freeman gives us a woman on the edge of her own emotional survival. A thrilling, visceral story of grief and renewal.” —Stacey D'Erasmo, author of Wonderland

“To read Sara Freeman’s Tides is to witness the stunning aftermath of an intimate disturbance—a wave glowing in the dark. As readers we watch the exquisite beauty of its surface and are plunged inside its startling depths. Freeman reminds us of the grandeur and terror of being alive with others in whose company we might luminesce.” —Jennifer Tseng

“A tale of internal exile, of a woman on the lam from her own loved ones and from the memories that cage her. Tides is a marvel — lyrical and suspenseful at the same time.” —Jonathan Dee

“One of the most carefully written, brave, honest, devastating books I've read for a long time. There were lines in it so emotionally accurate and merciless they made me squint up my eyes. It's explosive. But the effect is the inside-your-body, barely-heard-properly percussive receipt of a detonation felt at a distance” —Cynan Jones

“Sara Freeman goes about her business in Tides with such cool composure that I didn't fully register the serious heat of the thing until my eyebrows had started to sizzle. I'm amazed that this is a first novel. There is something very large to be found in this wonderfully compressed work.” —Laird Hunt

"Delicate, unconventional, contemporary—Tides is a novel held together by electricity, like a storm that just won’t break." —Padma Viswanathan

“A compulsive read — this story and its characters seeped into me, so that I often thought of them between spells of reading. Freeman’s voice has a salt to it that feels both evocative of and independent from the sea-streaked setting. The main character has venom, but she seems more self-stinging than anything, which only adds to the story’s unsettling allure. From the crystalline prose to the plot's syncopated rhythm, Tides is an incisive, memorable debut.” —Eliza Robertson